New genre alert: Junkie Psych is that style of music deploying psychedelic shine to portray darker, strung-out realities. Known also as Skeleton Psych or Bad Trip Psych, it contains a destabilizing punch that’s maybe missing in its sunnier sibling because on top of the mindfucks psych rock songs normally convey, it also gives us the dissonance that comes from the savage collage of fantasy elements (the psych) with gritty realism. Experiencing this contradiction creates a new breed of mindblow.

We’re talking about Rodriguez, right? We’re talking about the third Velvets record, particularly Murder Mystery but also the overall drained and flat production; side two of Big Star’s Third, definitely; the Syd Barrett records and by extension some of Kevin Coyne, since black-and-white turns out in this context to function rainbowlike, and the ruined, entropic stasis of, say, War’s Four Cornered Room (to say nothing of all of There’s a Riot Goin’ On) functions as a new, twitchier kind of oscillation.

This is NOT sunny commentary on bad issues like the Dead trafficked in, which is why Love’s Bummer in the Summer is still mere Psych, but Signed DC is going to be your serious proto-Junkie Psych.

And any category early Love’s in’s GOT to include the Stones, who if you think about it will be the first Bad Trip Psych band, Paint It Black being almost a paradigm of at least the proto- variety. But check it: Have You Seen Your Mother Baby’s weird horns and desperation, privileging shadows and deceit over sunshine and daydreams; and Mother’s Little Helper ups the ante by dealing in speed, not LSD. I’d even put Sway and Just Wanna See His Face in there, although those are more junkie than psych I suppose. 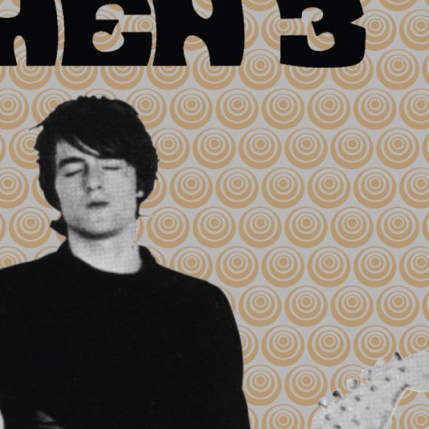 On the post-end, we can see that the psychedelic 60s and the heroin 70s merge and blur together as they get further away on the timeline, so Junkie Psych, or perhaps retro-JP bands should have become more commonplace. Or perhaps there should have been more critiques of the one camp by the other camp, as with Camper Van Beethoven’s nu-psych parodic diss of Velvets-style junkie rock (We’re a) Bad Trip. But no, the retros seem to have mainly been purists, preferring one style or the other to fusioning, except in the amazing case of the Royal Trux. See their track Baghdad Buzz for a typical example, and the Back to School b/w Cleveland single as the sub-genre’s apotheosis.

And the Spacemen’s 3’s The Perfect Prescription, incorrectly categorized as Neopsych upon release, is in fact the perfect Junkie Psych record: it is structured like the up-out-and-down of a drug trip like any of your classic Psych concept albums, but the drug, as well as the mimicked effects, is heroin, not acid. The crescents on the cover are culled from Hendrix, but their black sweaters are straight up Lou Reed. It concludes with an overdose (Call the Doctor). Its trembling peak on side one (Ecstasy Symphony) sounds like the numb floating conferred by narcotics, not the hallucinations of the lysergic category.

Metal and Garage Rock: while both feature content bummers and style chaos plus occasional psych attributes, they are at core, fundamentally different shapes. I don’t know; maybe Psychotic Reaction is true Junkie Psych?

Beatles: Tomorrow Never Knows, like the Dead’s Dark Star, peers into the black void, but from the vantage of positive Psych. Revolution #9 on other hand is total Junkie Psych, upending form as well as content. But Cold Turkey is just an intense rock song about junkies. Lennon’s minimalism is different from Barrett’s: the former is like abstract modernism, while Barrett’s has that quality of hollowed psychedelic eggshell with the gooey yolk dripped out. Junkie-ass Psych.